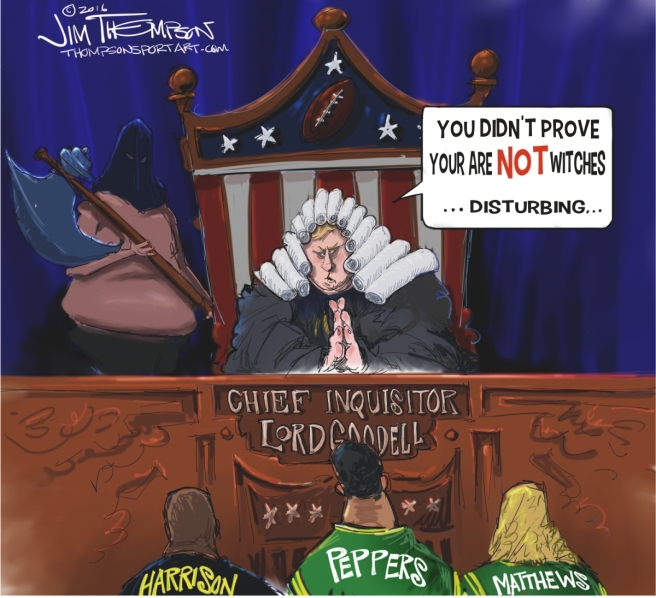 GOODELL has ultimate and unfettered power to demand a Witch Trial  even when the only evidence in support is the unsupported ramblings of guy who retracted what he said. And who’s to blame? Well, sure, Goodell for treating his office like he’s the Chief Inquisitor, where players must prove innocence rather than Goodell proving guilt – but the real culprit is the Players Association.

The PA allowed Goodell to be judge, jury and often executioner. PA is to blame for empowering a despot, for without the PA signing that awful agreement he wouldn’t have this power to use.